Chaos have unveiled V-Ray 5 for Unreal

V-Ray for Unreal is Chaos’ answer to Unreal Engine’s own Datasmith toolkit, which allows you to export scenes created in other versions of V-Ray in .vrscene Chaos format and import them into Unreall Engine. This process automatically converts V-Ray light sources and materials into their real-time equivalents. 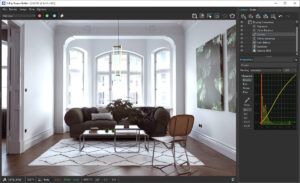 The user can either generate a real-time rendering using the game engine, or make changes to the scene within Unreal Editor and transfer them back to V-Ray.
The system is designed to enable both offline and real-time content creation with a single unified workflow, especially for visualisation projects. The latest update adds some key features added in other V-Ray 5 releases. 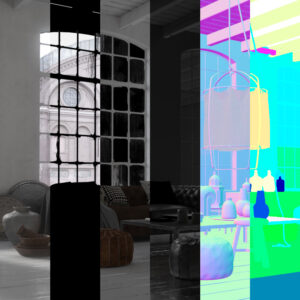 These include a redesigned V-Ray frame buffer that allows for layer-based compositing directly within VFB, instead of exporting render passes to an external compositing application.
Other changes include a new Coat layer in the V-Ray material to recreate real materials such as automotive paint, blue noise sampling and the integration of Open Image Denoise, Intel’s processor-based rendering noise suppressor.
The update also adds support for out-of-core rendering to render scenes larger than the GPU’s memory size, without the usual performance degradation, but it is currently limited to V-Ray proxy geometry. 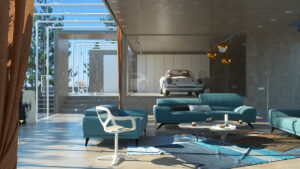 Changes specific to V-Ray for Unreal include the ability to use custom settings from the V-Ray Settings tab when baking light maps in the Uneral Engine instead of using one of the three existing quality presets. Users also get the option to export only objects selected when exporting a .vrscene file from the Unreal Engine instead of exporting the entire scene. In addition, object rotation points are now saved when they are imported into the Unreal Engine, rather than being moved to the original world point.

V-Ray 5 for Unreal is compatible with Unreal Engine versions 4.24 through 4.26. It does not yet support Unreal Engine 5, which is currently available in early access. It can be used with any version of V-Ray capable of exporting .vrscene files, including 3ds Max and Maya. The software is only available on a rental basis, a subscription costs $80 per month or $219 per year.