Modo 15.1 has been released

Modo 15.1 includes Omni Haul, an interesting system for custom gesture-based controls, for editing tool attributes, a new logical curve value system, and an automated Static Analysis scene test system.
OmniHaul extends the approach used in the existing Channel Haul tool to the entire Modo tool set, allowing you to assign your own combinations of attributes to the left, right and middle mouse buttons.

Subsequently, attribute values can be adjusted interactively by simply clicking and dragging in the preview window or by entering numerical values into the pop-up bar that appears when the feature is active.
The update also introduces Static Analysis, a new automated system for testing 3D scenes for common workflow and performance issues such as floating nodes, empty groups or unused images. 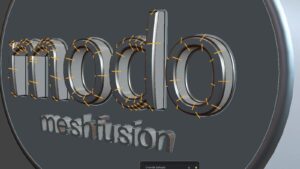 Foundry describe Static Analysis as similar to the existing Modo grid clearing and scene clearing systems, but introducing a ‘richer set of test criteria’ as well as the ability to create custom scene tests.

Among the new modelling features is Curve Booleans, a new system for performing logical operations such as intersection and subtraction on 2D curves, and then converting the resulting shape into a 3D model.
This toolkit is designed to provide new users with a faster learning curve, provided they have experience in graphic design.

Also new in 3D Boolean operations is the Union All option – allowing logical union for multiple meshes at the same time, instead of adding and merging meshes one by one.
Procedural modelers and riggers also get new ways to manage MeshOps, Modo’s procedural mesh operations system.
Other new features include support for chromatic dispersion in mPath, Modo’s new path trace rendering engine. 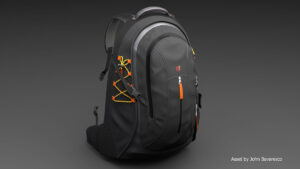 Controls for QuickCam, the mPath interactive scene exploration mode added in Modo 15.0 with controls for the OpenGL preview window, have been standardised.
Modo 15.1 is available for 64-bit Windows 10, RHEL and CentOS 7.6 and above, macOS 10.14 and above. The purchase of 15.1 gives access to the remaining updates to Modo 15 Series.
The cost of the new perpetual license is $1,909. Subscription from $65 per month or $659 per year.