Silhouette 2021 is now available as a plug-in for After Effects, Premiere Pro and OFX-compatible compositing applications such as Nuke, replacing the stripped-down Silhouette Paint plug-in. New features include the Lens Correction node, new rotary shape editing tools, the ability to add annotations to projects for snapshot review and node graph improvements. 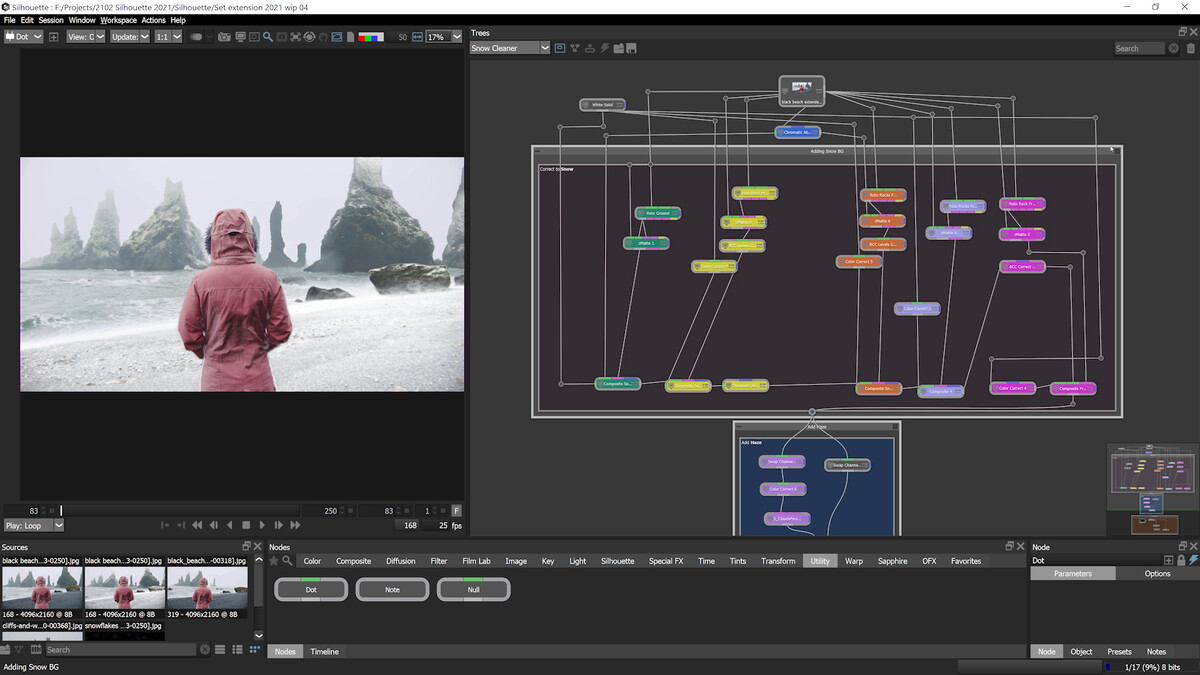 As noted above, the software is now available as a plug-in with multiple hosts for After Effects, Premiere Pro, Nuke, Fusion, DaVinci Resolve, Flame and Vegas Pro.
The plugin provides a ‘full-featured interface for rotoscoping, painting and compositing’, access to the entire Silhouette node-based workflow, and there is also the option to share projects with the standalone version. The plugin comes free with the standalone version or is available for purchase separately as a perpetual license for $995, a $50 subscription or $395 per year. This plugin replaces Silhouette Paint, a short-lived and stripped-down version of the Silhouette plugin, supplied only by subscription, which is now not available from the online shop. A new lens correction node based on Mocha Pro technology does not automatically distort footage, allowing artists to draw on a flat plate and then reapply the distortion, there is also the option of creating an ST map for use in other DCC software. In addition, there are a number of new features for editing rotating shapes, including the ability to group control points, collapse or undo collapsed point sets, and divide shapes into multiple timeline tracks. The new Brush Reshape tool lets you select and move points using a brush-based workflow.

The update also introduces text notes to the project, along with arrows linking them to the appropriate rotoscoping shape, for use during supervisor verification.
Silhouette 2021 is available for Winodws 7 and above, Linux and macOS 10.12 and above. The cost of the new perpetual license for the standalone version and plugin is $1,795. The cost of the plug-in separately is $995.