The update brings with it a major overhaul of the software, which the developer describes as a “completely new application. 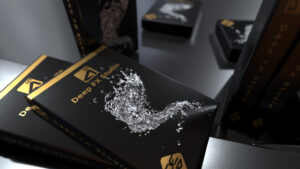 Not only the user interface and the main workflows of the application have been updated. The release also adds a number of features, including a new melting/melting and freezing system – these functions, for example, allow you to turn parts of the mesh into liquid by moving a “heater” object through it.

Other changes include integration with the open-source physical rendering tool LuxCoreRender, which can now be used as a viewport rendering tool in Deep FX Studio.