Poser 12 has been released.

Bondware presented Poser 12 – a major update of the software designed for the visualization, animation and rendering of three-dimensional figures of people and animals. 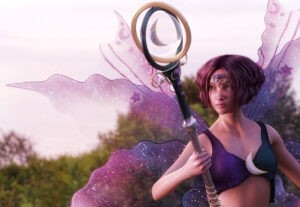 Poser 11 was released in 2015, so this Poser 12 release is a fairly major update.
The rendering engine, in addition to supporting hardware-accelerated ray tracing, on current-generation RTX GPUs from Nvidia, received two features unrealized in the original release – background transparency and a shadow trap to help merge rendered objects into a photographic background. 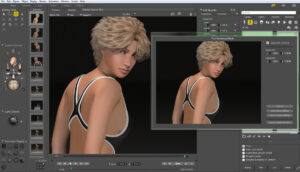 The software also received an updated interface and improved workflow. The new post effects palette provides access to a relatively limited set of effects: noise reduction, exposure, and saturation. A new materials management tab has been added to the “Materials Room” of the software, allowing you to drag and drop materials from the library directly onto your character.

The new content that comes with the software includes human, cat, dog, horse, and gorilla figures that were originally sold in the Poser HiveWire 3D content store, which officially closed earlier this year. 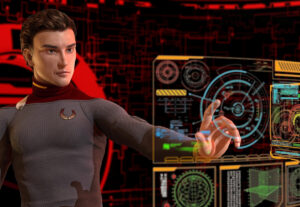 Python Poser scripts have also been updated to Python 3, after Python 2 was deemed obsolete last year.
Poser 12  comes as a single version, with a recommended retail price of $249.99.

The software includes features from the older Pro version, many of which are designed to simplify the use of Poser content in production pipelines, such as FBX and Alembic exports and polygon reduction. Poser 12 is available for Windows 10 and macOS 10.15 and higher.