Character Creation 3.4 is the first software update since last July.

The main change is Smart Hair, a new modular system for adding hair to 3D characters. The hairstyles consist of three “hair groups” – head hair, beard and eyebrows. In the case of hair on the head, the hair base, fringes and hair at the back of the head form separate elements, as do ponytails and hair accessories.

The beard is divided into moustache, sideburns and beard parts. Additional ‘strands’ soften the hair or add thin strands of hair.

The free update includes ‘sample hairstyles and facial hair’, but it looks like most of the finished assets are available via the two paid add-ons, Prime Hairstyles and Beard & Brows Builder.

Smart Hair can be exported to the Unreal Engine directly using the automatic setup for Unreal Engine 4, the free Reallusion conversion plugin, the new version 1.2 of which was recently released.
Other changes to Character Creator 3.4 include an update to the CC3 Base+ character geometry, introduced in version 3.3 last year. CC3 Base is now compatible with the ExpressionPlus (ExPlus) mixed face shapes that were introduced in iClone 7.9. 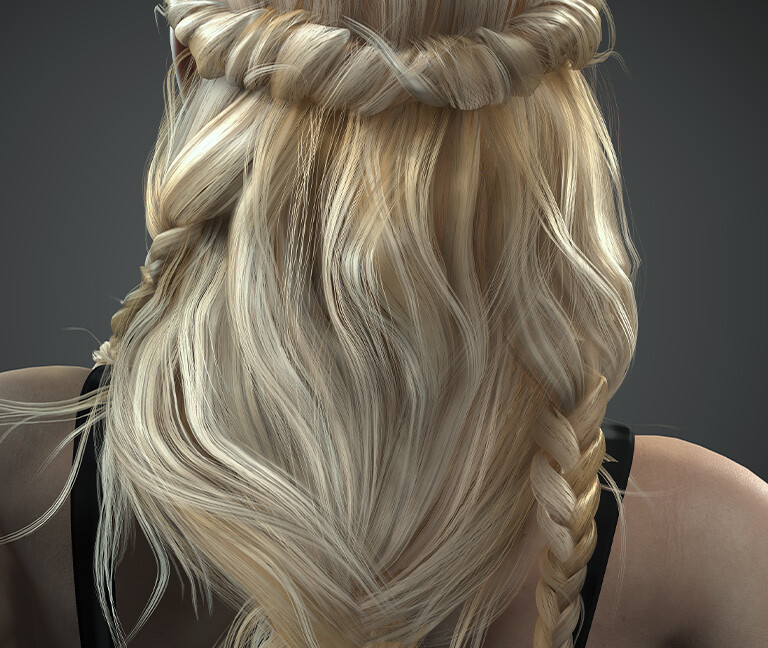 There are also a number of workflow and user interface improvements. It is worth noting that there is no dynamic wrinkle system, originally planned in Character Creator 3.3 and then carried over to the 3.4 release to tie in with the new lip sync system.

Character Creator 3.4  is available for 64 bit Windows 7 and above. The basic version is free for registered iClone 7 users. The full version costs $199. To be able to export characters from the free version of Character Creator in OBJ or FBX format, the user will need a separate 3DXChange add-on, which costs $199 for the Pro version and $499 for the Pipeline version.