U-Render 2021.6 for Cinema 4D has a redesigned depth of field system to support bokeh effects. The update also introduced initial support for integrated rendering in the new DirectX Cinema 4D preview window.
U-Render promises the user true real-time rendering. The software is more like a game engine than a conventional standalone renderer with good support for basic Cinema 4D features, including MoGraph.

U-Render supports PBR materials – standard CInema 4D materials are converted automatically with offset and subsurface scattering. U-Render also supports volume rendering and a number of post effects.
The software is now fully integrated into Cinema 4D, allowing it to be used as a rendering tool in the viewport.

As noted above, the depth of field system has been redesigned to support bokeh effects, including both polygonal shapes and effects based on custom images. The update also improved foreground and background separation when rendering with DoF.
In addition, the renderer previously based on OpenGL now supports the new DirectX-based viewport introduced in Cinema 4D S24 earlier this year, but the DirectX viewport rendering is still officially in beta testing. 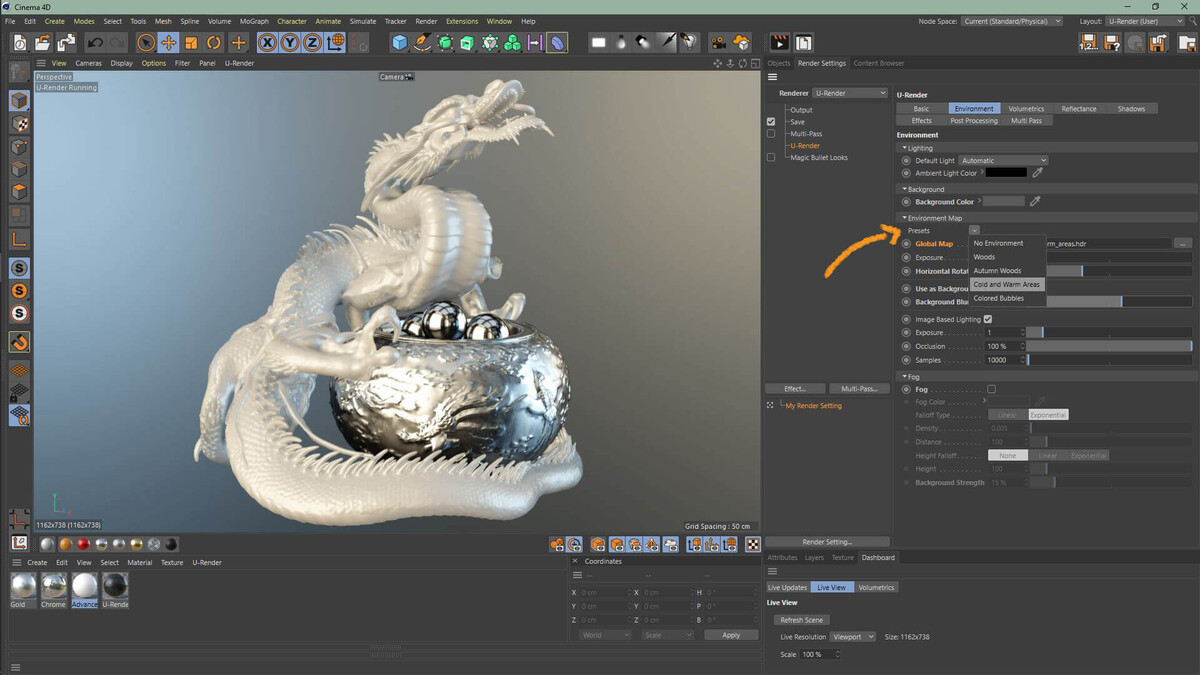 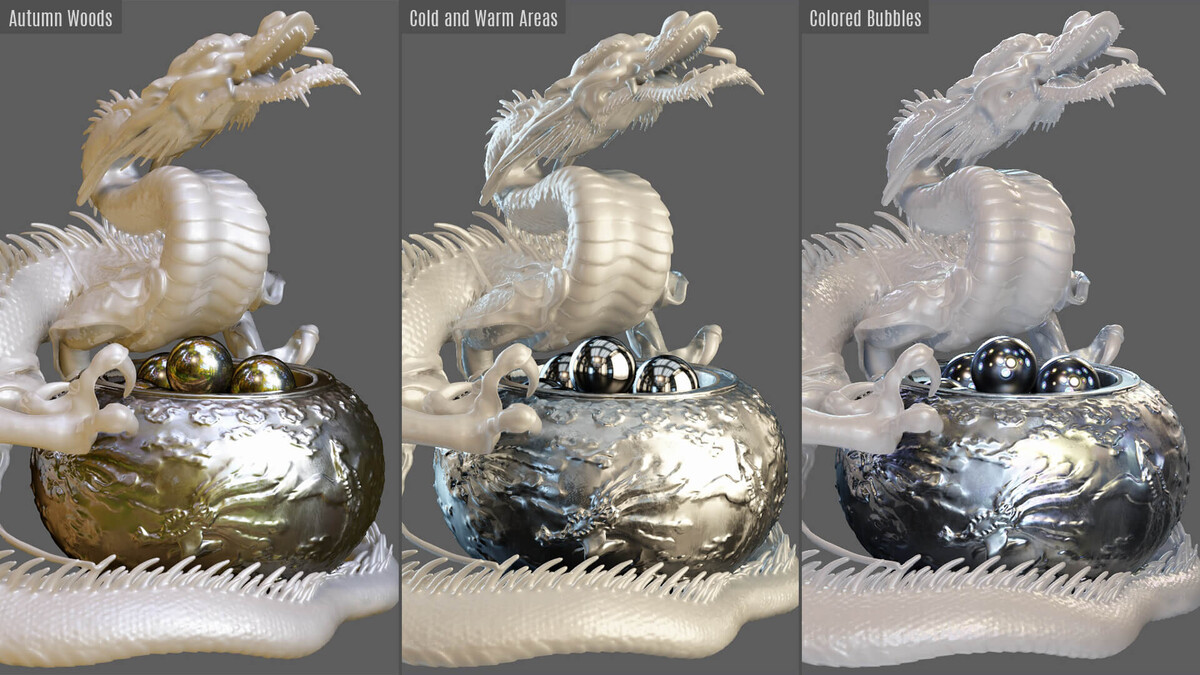 This update is the first major release of U-Render this year, which also introduces a new set of material presets designed as a starting point for recreating common real-world materials such as metals, glass, plastic, rubber and metallic paint.
U-Render 2021.6 is only available for Cinema 4D R16 and above running on Windows 10. Renderer should work with any modern Nvidia or AMD graphics processor. The recommended retail price for a license with node locking is €299.