ZBRushCoreMini 2021 is a free, stripped-down version of ZBrush, providing “artists of all ages” with an introduction to the popular digital sulpting software. The update adds support for the ZBrush Vector Displacement Mesh (VDM) system, allowing complex 3D elements, including entire body parts, to be added to a model in a few clicks.
Other changes include a new real-time occlusion system, designed to bring out finer surface detail in the sculpt, and the ability to render rotated model animations.
ZBrushCoreMini was released last year and is targeted at students and 3D printing enthusiasts. It’s a non-commercial, entry-level version of ZBrush, part of the commercial stripped-down version of ZBrushCore. It includes Sculptris Pro, ZBrush’s new dynamic tessellation system, which provides high-quality clay sticky simulation without having to worry about manually partitioning the mesh.

Users get a very simplified feature set from Zbrush and ZbrushCore: 12 key sculpting brushes and eight materials. Mesh resolution is limited to 750,000 polygons.
ZbrushCoreMini can open project files created in ZBrushCore, but you cannot edit them, you can only view the model. ZBrush files are not supported by this version of the software.
ZBrush Vector Displacement Mesh (VDM), mentioned above, allows you to add complex 3D shapes such as fingers or facial features to a sculpt with just a few clicks.

The update also got four new brushes(chisels) based on VDM technology: Chisel 3D, ChiselShapes, ChiselOrganic and ChiselCreature, coming with preloaded finished creature parts.
In addition, you can now smooth the surface of the model by holding down the [Shift] key while sculpting, as in other versions of the software from Pixologic.
One of the key changes is the ability to create a turntabal model animation. Previously the releases lacked any built-in rendering capabilities, and as a result, to show the finished sculpture you had to take a screenshot or generate an iMage3D file – a 2D image with 3D data embedded in it.

ZBrushCoreMini has received several new features from recent releases of ZBrush, including the Preview AO system from ZBrush 2021.5, which highlights surface details on the sculpt. 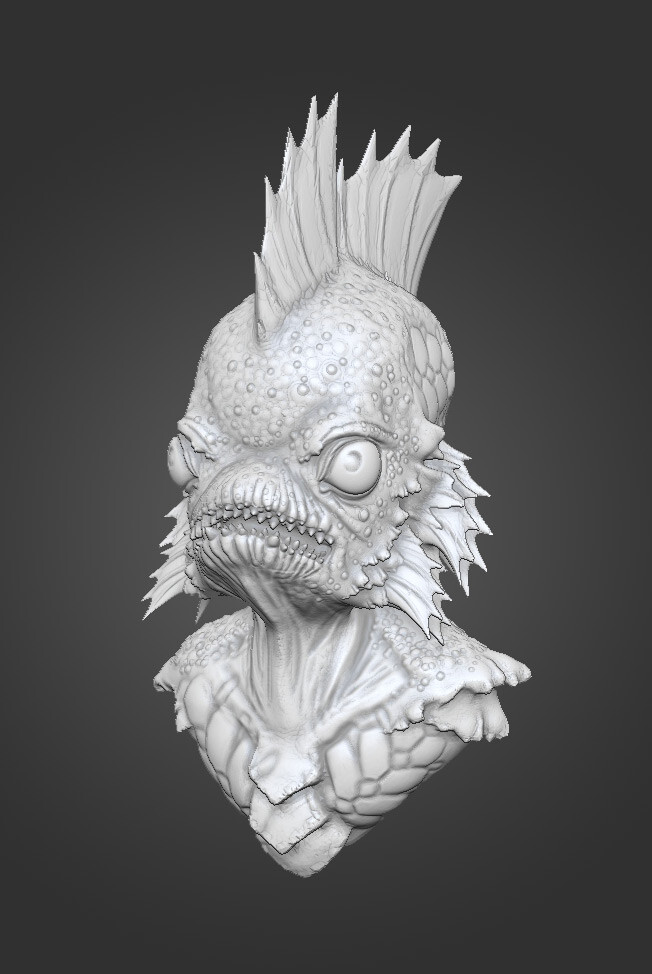 Modelling using 3Dconnexion 3D control devices such as SpaceMouse has also become possible and the software is now available in several languages, including Japanese, Korean and Chinese.